Since 2013, Rough Draft Ventures (RDV), partnered with leading venture capital firm, General Catalyst, has been empowering the brightest student founders across the US to build bold, generational companies. 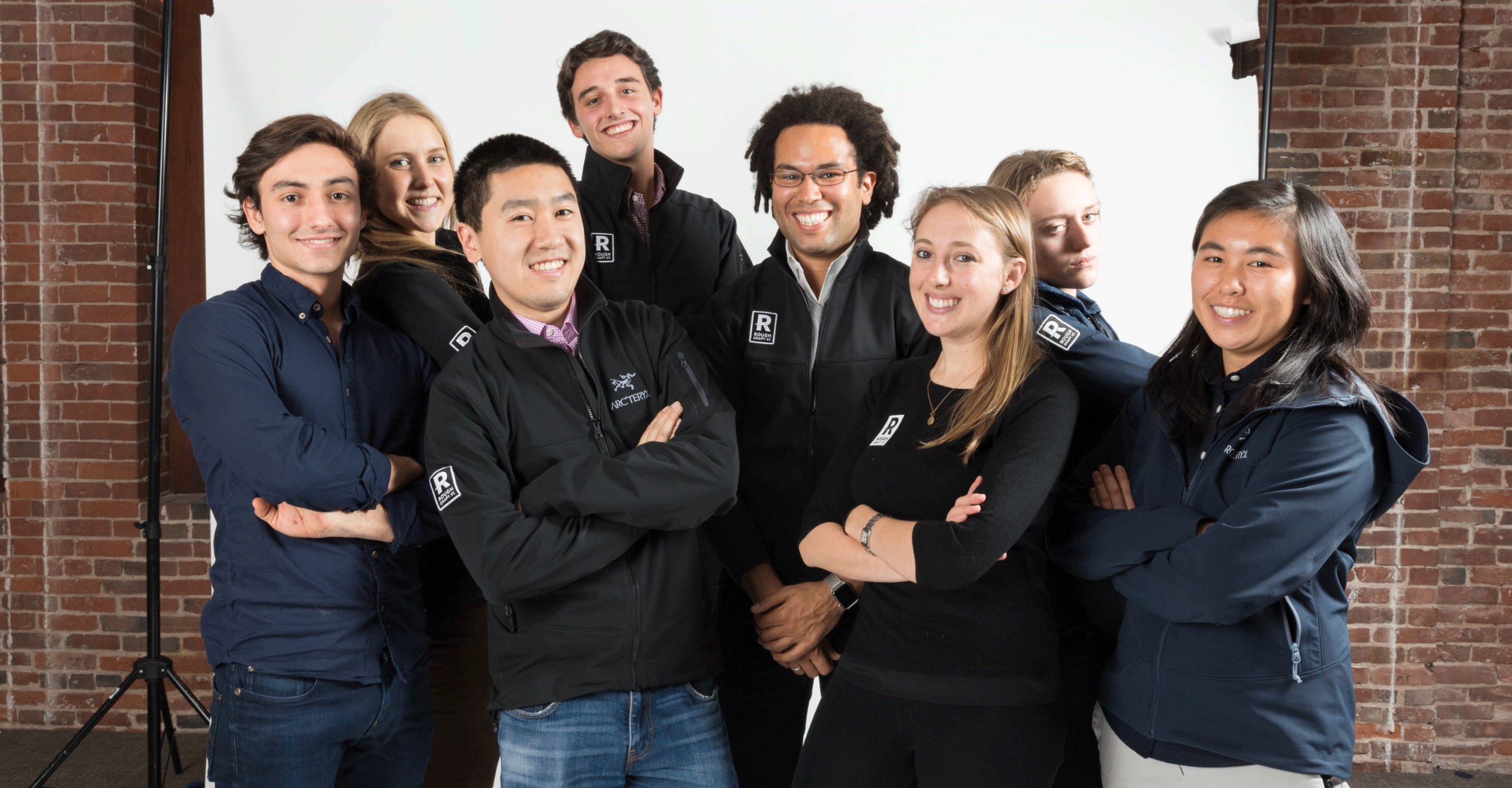 Knowing how hard it is to start a business as a full-time student, RDV is here to take it from the first draft to the final draft, providing its clients with an outstanding education, valuable resources, and constant mentorship from companies like Figma, Spotify, and Hubspot.

A student-run VC needed to be rebranded. Their previous design was outdated and had no edge over the competitors. And it was crucial to provide a competitive solution and recognizable brand identity to grow a clear vision of its public-facing model. Therefore, widely known as an eLearning course design company, the Ester Digital team helped them with branding, landing page, and corporate website development.

Since the company needed a distinct corporate identity, we had to perform several tasks to achieve that goal. First, we needed to carry out complete rebranding to eliminate the ‘lost’ brand voice and vision dilemma that was sinking the company’s position both within the market and within the RDV network.

When the RDV’s almost static website hadn’t been updated for 3 years, the client made a vain attempt to breathe new life into it. Yet spent time, effort and finances, there still was no clear site architecture, and the produced mockups were raw, ordinary, and inconsistent. And for us, it was also critical to introduce a modern, functional, and dynamic design that would clearly convey the rebranded personality – the company’s essence, values, and mission. Furthermore, the site needed to be easily accessible and well-structured to bring more engagement and activity. 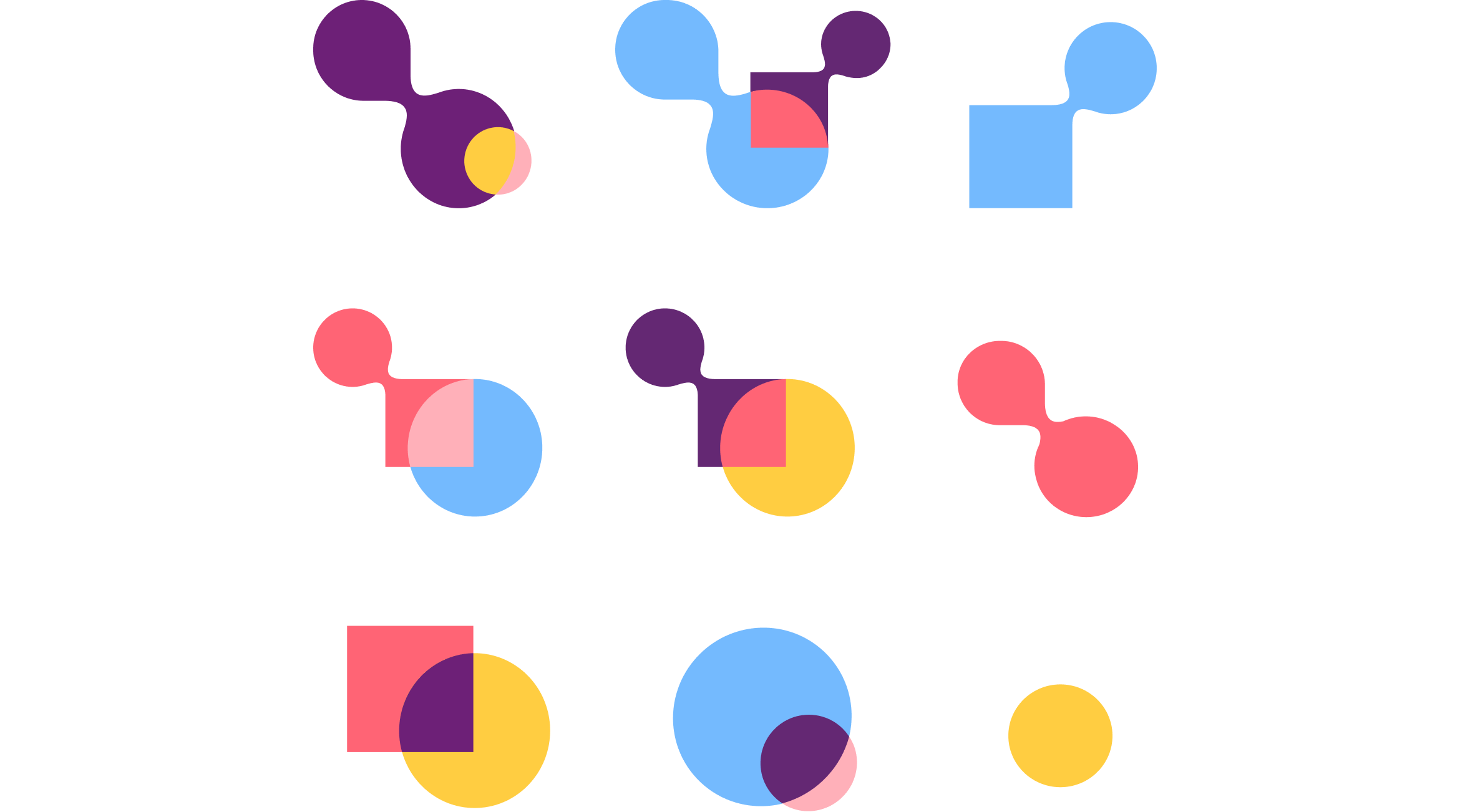 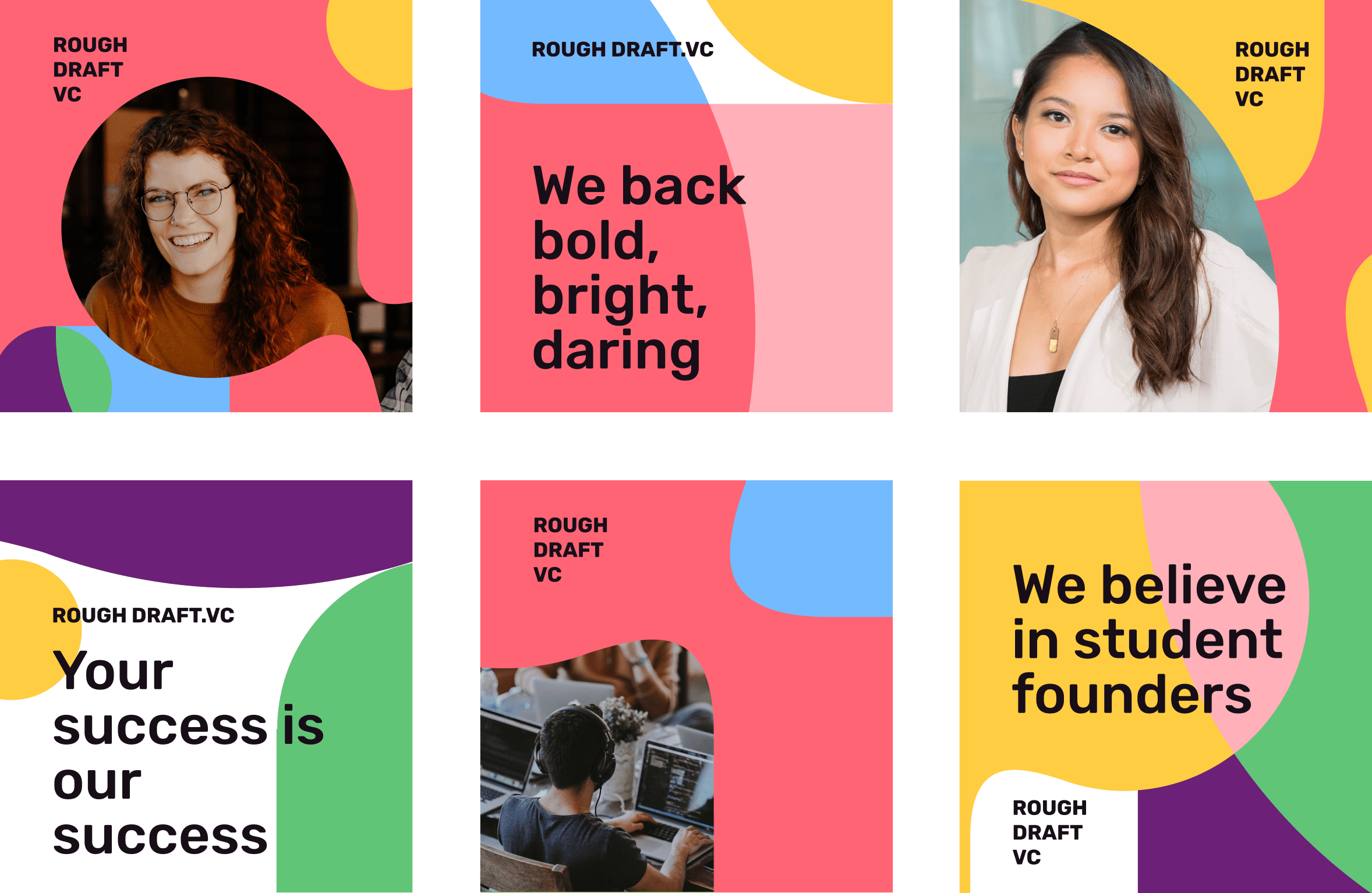 First, we started rebranding the company as it was the primary request of the client. During the series of meetings, we offered two different visual concepts. After RDV approved the most relevant solution by Ester, the team launched the design processes.

While considering the choice of color palette and typography, Ester’s UI professionals focused on the student-oriented personality of the brand, which required a fresh, stylish look to appeal to the target audience.

Then, we proceeded with logo sketches and offered three options for the RDV brand. Also, we picked up a visual style, including colors and typography that would perfectly fit the RDV personality. To highlight the brand’s authenticity, we created multiple custom illustrations for showcasing the client’s key characteristics – transparency, versatility, and boldness, adding to the professional look of the brand.

After our decision was approved by the client, the Ester team carried out brand guidelines that would streamline the rebranding process and help to avoid inconsistencies between the brand identity and the new corporate website. 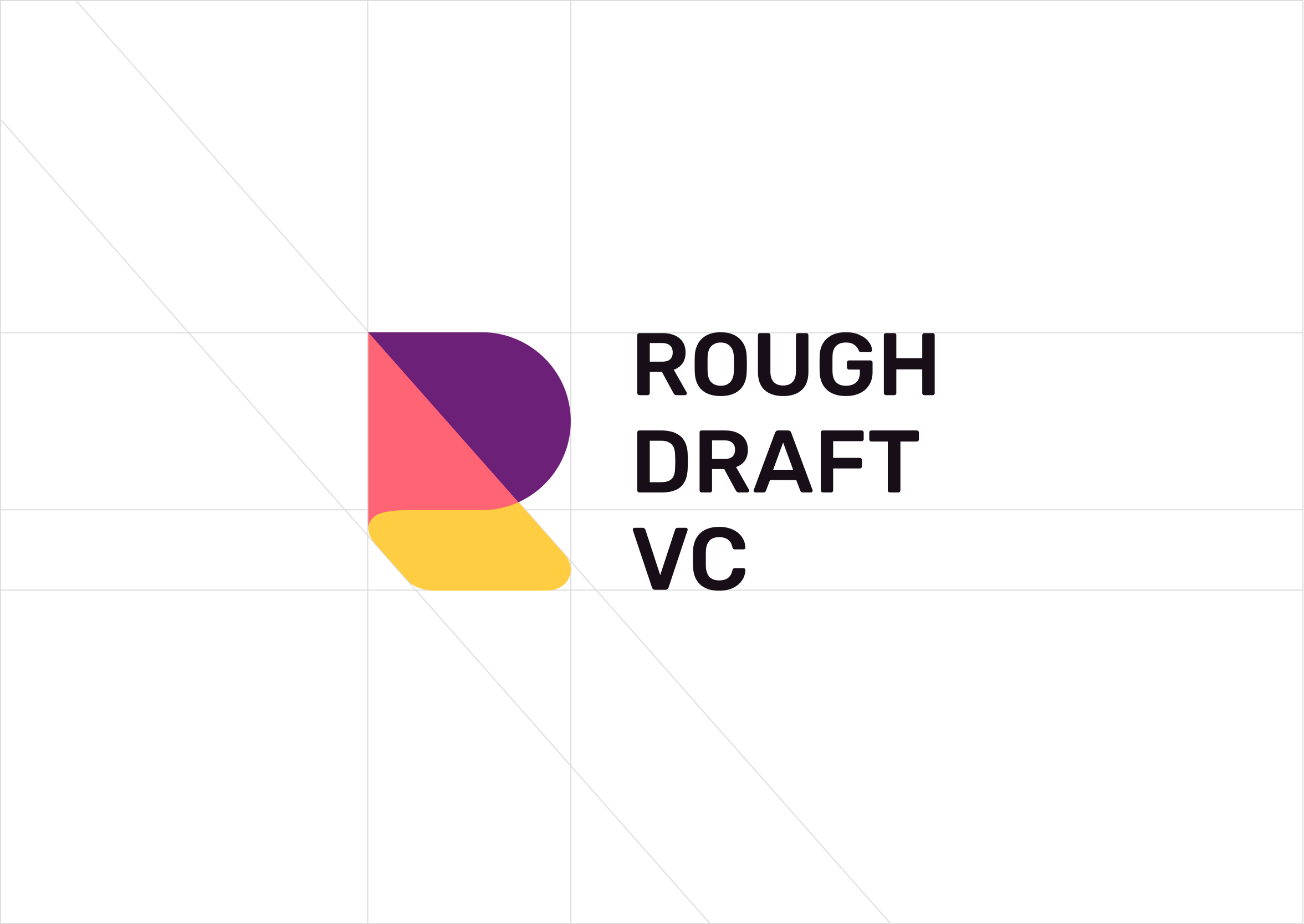 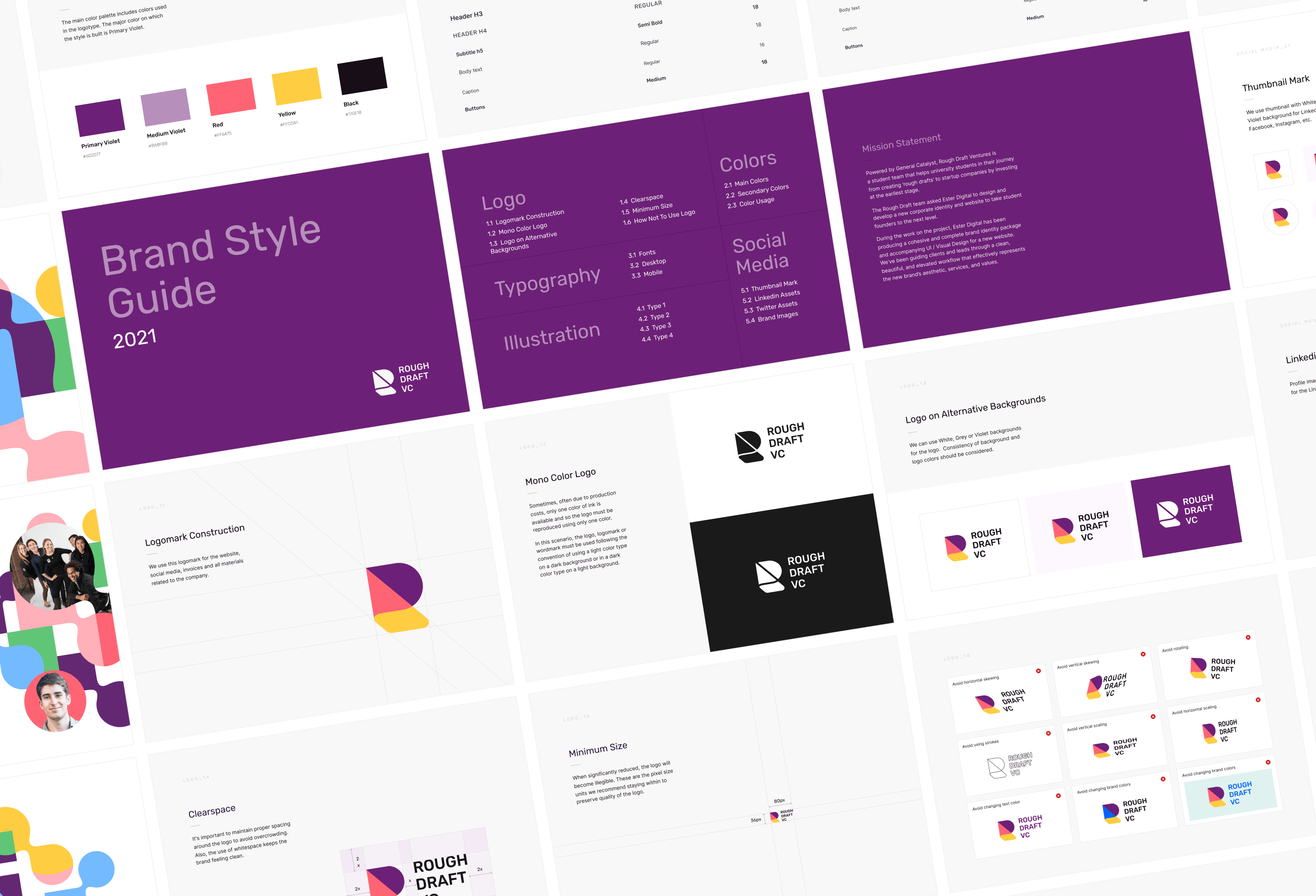 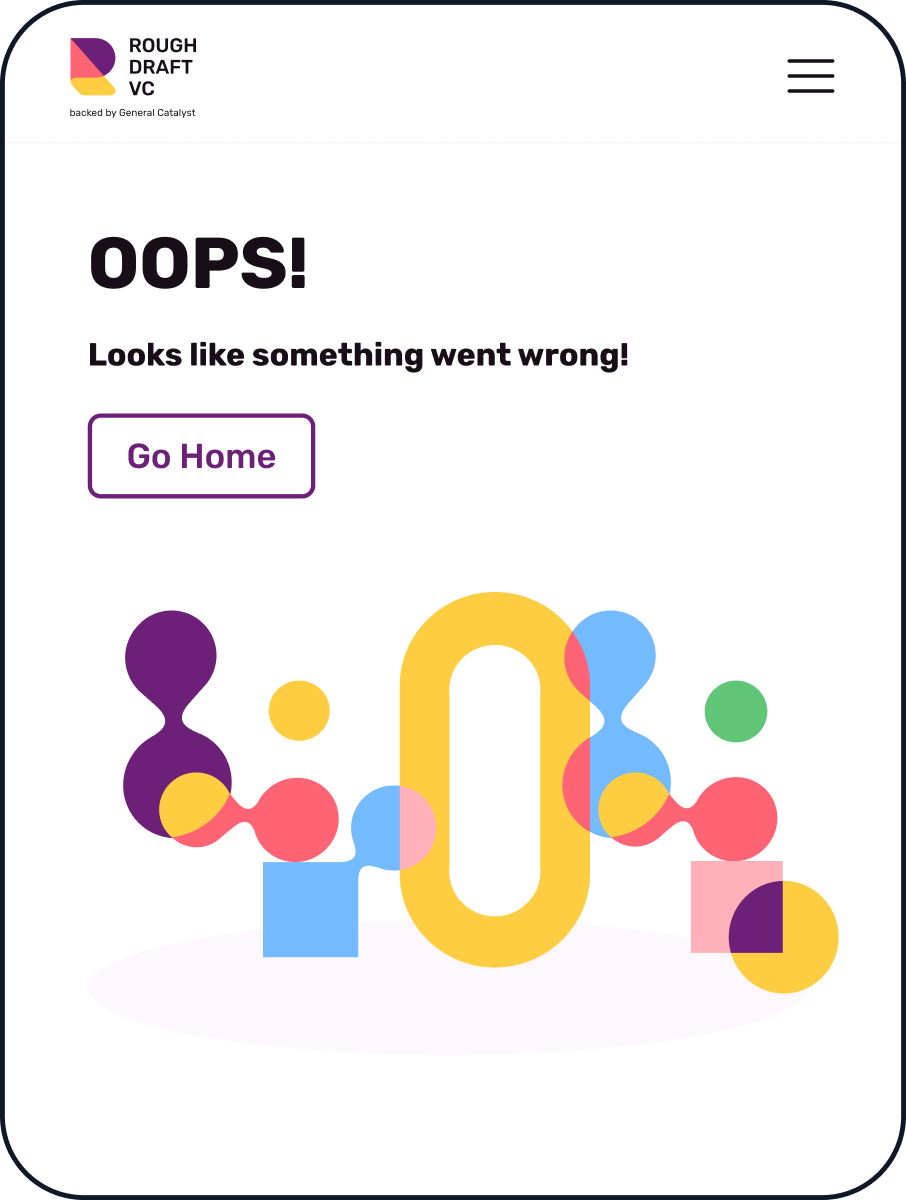 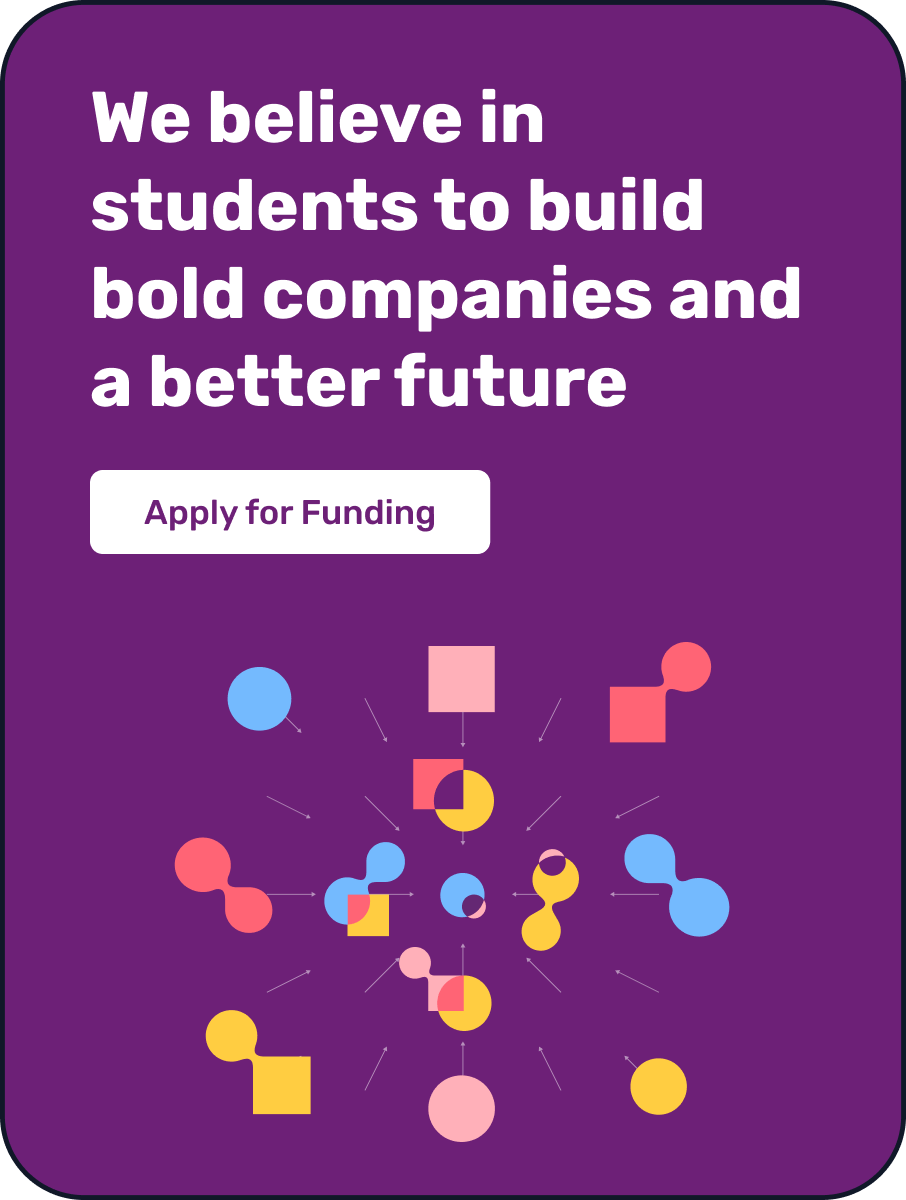 As the client wanted to launch a new RDV website as quickly as possible, we found ourselves in limited time to get the whole work done. However, together with the client, we decided to work out a landing page first and then proceed with the website design in order to optimize the project time. Thus, we delivered a tailor-made WordPress landing page that would serve as the leverage of an excellent RDV public-facing model. 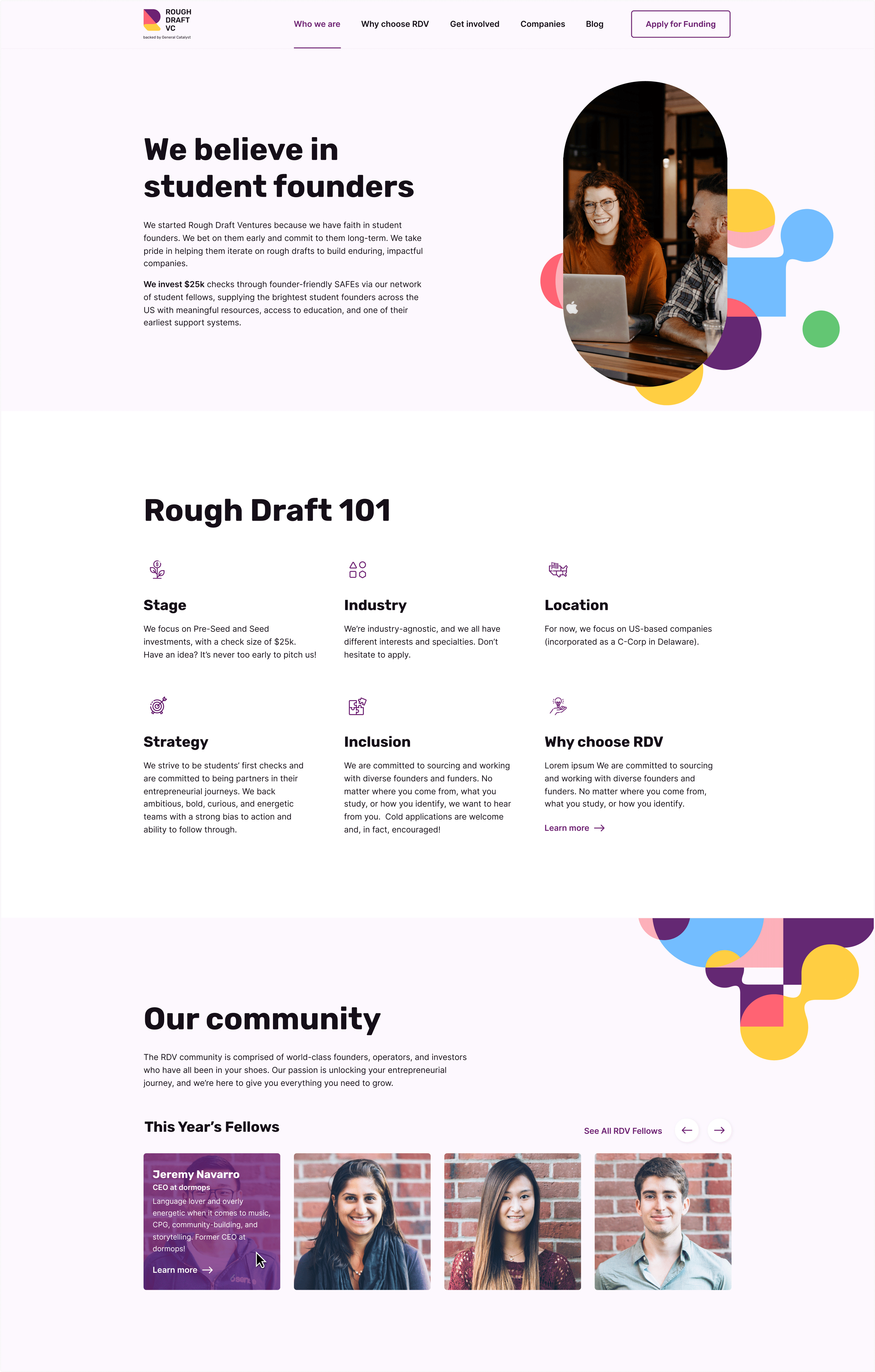 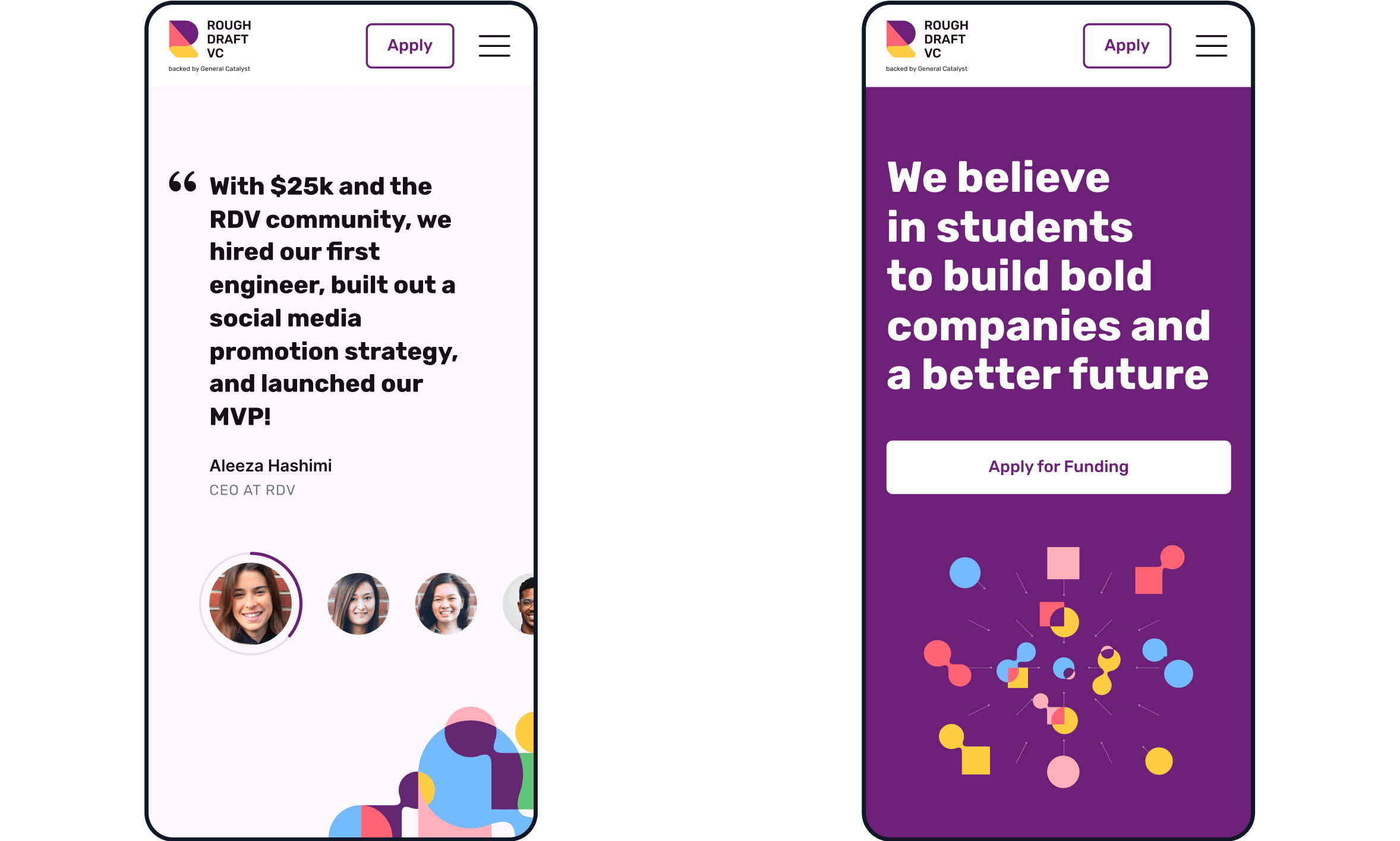 Finally, we worked on a corporate site with a strong focus on a clean information architecture so that the client could easily manage the content engine to beat the prior inactivity. And what we’ve got as a result is a coherent and complete package of corporate identity along with a responsive, dynamic, and top-notch corporate website to bring a holistic, unrivaled brand personality to Rough Draft Ventures. 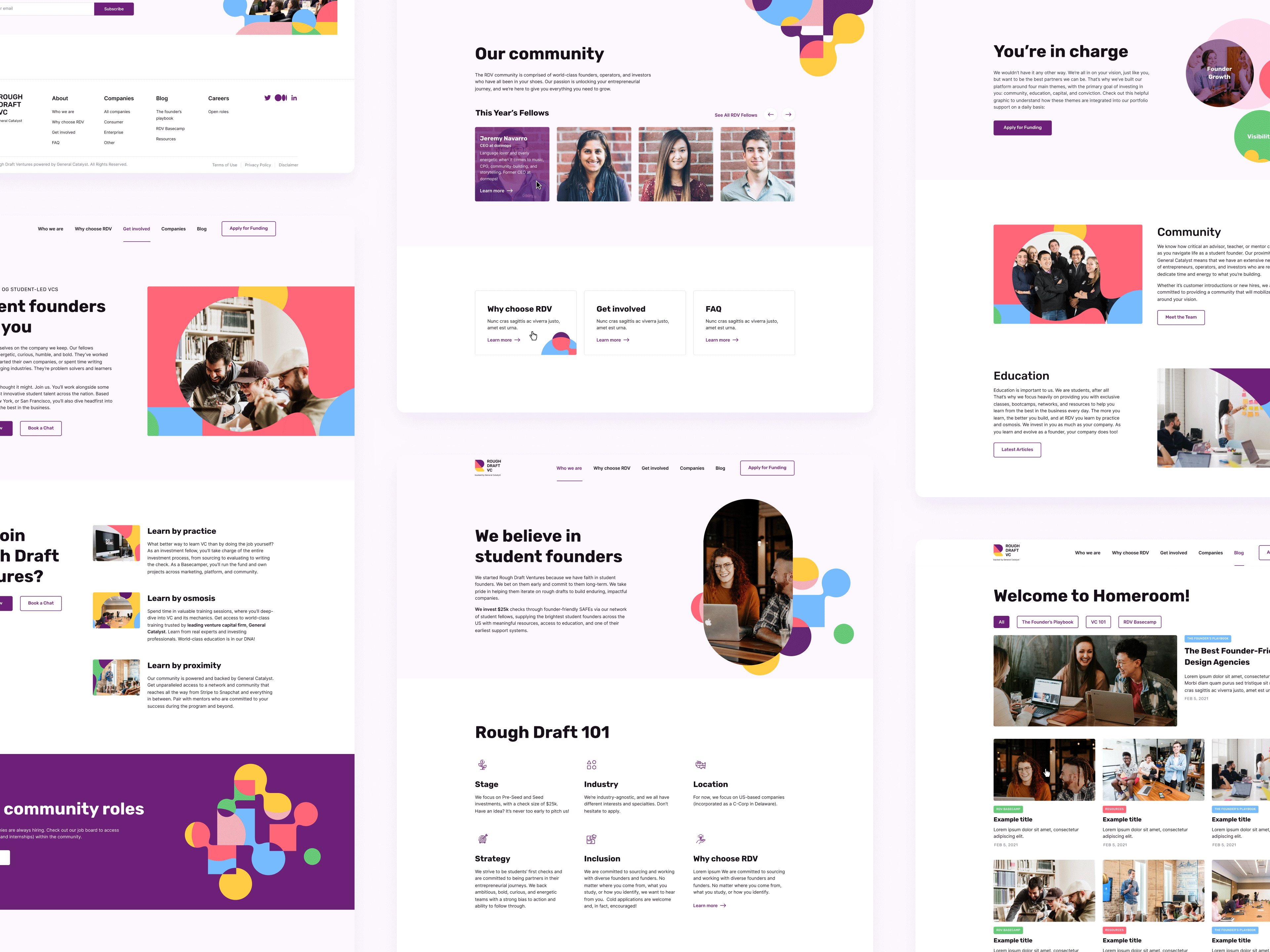 We can’t always show you everything, but sometimes all you have to do is ask.