Originally we wrote this article in June 2019. However, after receiving valuable feedback and having assessed how relevant the topic of abstract and minimalist graphic art is, we decided to refresh some of the information provided in it and add a few practical tips.

Abstraction and minimalism are gradually becoming overwhelmingly present in graphic art. What is an abstraction in art? Why exactly has abstract art turned into such a phenomenon?

Let’s try to be philosophical for a moment. Is there a rise again in the senselessness of modern life? A yearning to return to simpler times? Information overload inevitably leads to confusion, tribalism, and a lack of common purpose, a need to “get away.” All that gets inevitably realized in art and design.

Complex external design elements tend to overshadow the internal nuances and the core meaning, drawing away from the essence of the message. Abstract art reflects something beyond the immediate environment, and that something is incredibly sought-after nowadays.

However, if we want to get deeper into the topic at hand, we need to answer the question: what is abstraction in art and how did it become what it is now?

What is abstract art?

One might say the growth and continuance of abstract art were as a result of the interface between the industrial revolution and the senseless slaughter that the mechanization of war brought about, not to mention the fact that religious belief being on the wane, mysticism on the rise (with a nod to different states of consciousness) and the consequent “trying to make sense of the modern world.”

If looking for a concise and rather blunt abstract art definition, it is a result of a process of disengaging the literal meaning and providing a new authentic conceptual dimension to the object. It can be hard to categorize an art form with such a strongly pronounced personal undertone but here lies the power of abstraction – it draws everyone in.

When talking about abstract art, one of the most prominent forms of it – minimalism – comes to mind. Minimalist art design aims to strip down all the veneer and provide an opportunity to break through the obvious associations and get to the foundation of what is being presented.

It coincides with the mission of abstract art as a whole is – to convey how intangible things can be recreated in a tangible form. The reason why abstraction is so popular in graphic art is that it provides countless opportunities for exploring the depths of imagination and inspires to pursue the most creative and unique artistic endeavors.

Of course, abstract art didn’t “suddenly happen after World War 1.” All trends have roots. World War 1 caused the explosion, but the horror of mechanized war started a good few decades before. The reality became too palpable, and abstract art served as a way to deconstruct it in order to make sense of it. The realism went into crisis and abstraction presented an endless territory for exploration and experimentation.

Abstraction can be traced back to impressionists and post-impressionists who were among the first artists to denounce the representational nature of art. They played with the realistic representation, twisted it, and altered it, all for the sake of expressing fleeting and passing moments that were never properly explored before.

Early experiments with the “art for art’s sake” principle deepened the aspiration of artists to explore the physical world from the perspective of the emotions they evoke, not the degree of the credibility of its representation.

Modern abstract art emerged fully formed at the beginning of the 20th century and quickly became one of the most radical art movements since the sanctity of realism had never been compromised before. Wassily Kandinsky, Piet Mondrian, Kazimir Malevich, Henri Matisse, Hilma af Klint, Pablo Picasso – artists who carved out the principles of abstract art and made it widely known across the world.

Let's create it together

Why is abstract art important?

Abstract art serves as a reminder that there is a need within us to experience life beyond language and physical representation. It uses elements that can change their shape, form, color, and texture easily, thus changing the general message or reshaping the overall meaning of the story you’re trying to present with your design.

What makes the minimalist design crucial? There are several reasons why it became one of the most favored forms in graphic art.

Another rather philosophical question: why are minimalist graphics so popular among designers nowadays? Perhaps minimalism reflects leanness and agility? As it gets harder to squeeze a profit margin out of a business, the only factor left is an ever-faster reaction to every possible opportunity, as those who enter the marketplace first will likely not end up the winner. Smaller niches, which in their need to be defined clearly, beg for minimalist design.

It could be said that life is too easy nowadays. There are fewer armed conflicts now than at almost any period in the past. And we know the perversity of the human brain when life is easy – it needs to create its own problems to solve, its own chaos.

And what is abstract art but chaos? Either as a reflection of perceived reality or a reaction against it. Just as two superficially similar people can have diametrically opposed views for no discernible reason, one may choose minimalist, the other – abstract as their tool to understand the world.

It should be noted that minimalism was also particularly popular in Soviet Russia. Eastern Europe is where we now see a rise in the design “factory.” There is the Soviet tradition of communicating to the masses in the simplest possible way, where a picture was worth a thousand words, from such examples of Soviet art as famous propaganda posters or Socialist realism.

Combine immense distance with natural anarchy only coerced into productive labor with the help of a dictator, and we can see the propaganda utility of Russian minimalism. Thus we may say that the culture of minimalism is but a stroke away from such design firms.

How to make minimalist design

At first glance, it seems that creating a minimalist design is dead easy. You put a chic photo on your landing page that screams: “we paid gazillion money for this photoshoot, please work with us” – and voilà!

However, combining only the most basic elements, and making them extraordinary requires a lot of effort and expertise. Being effective and creative using the bare minimum is an art itself.

The process of creating a minimalist design wouldn’t be whole without the creation of several elements that ensure its comprehensiveness and help the designers to accomplish their objectives.

The principle that permeates the whole minimalist design process is “less is more.” When applying this approach, designers should consider the way to efficiently convey their message with the most essential elements. The following factors lay the groundwork for the delicate and exquisite minimalist graphic art item.

In case you haven’t noticed, we specialize in using the “minimalism” card to the fullest. Contact us and we will help you to achieve that elegant and sophisticated minimalist corporate design you’ve been frantically telling your coworkers about.

On a final note

Life is undeniably getting more and more complex. There are two roads through the wood, and as Robert Frost said, “I took the one less traveled by.” If your mind prefers massive complexity/chaos or simplicity – great, have fun with it. For some both appeal. It isn’t necessarily a choice.

Modern graphic art reacts to the challenge of our ever so complicated life and represents chaos and confusion we sometimes find ourselves in. Life is massively complex, and to fully grasp it we need to be handed a simple A B C as a rubric to understand what is important. This is where the clean and minimal design comes into play.

Are you already hooked on the idea of abstract or minimalist design for your website? Are you looking for ways to do it as effectively and creatively as possible? You can share your ideas in the comments! Feel free to contact us to create a perfect minimalist web design or fill your platform with stunning abstract illustrations.

Thank you! The link to the article is already in your email inbox.

Well sometimes it is quite complicated to explain simplicity!

We let our work speak for itself. 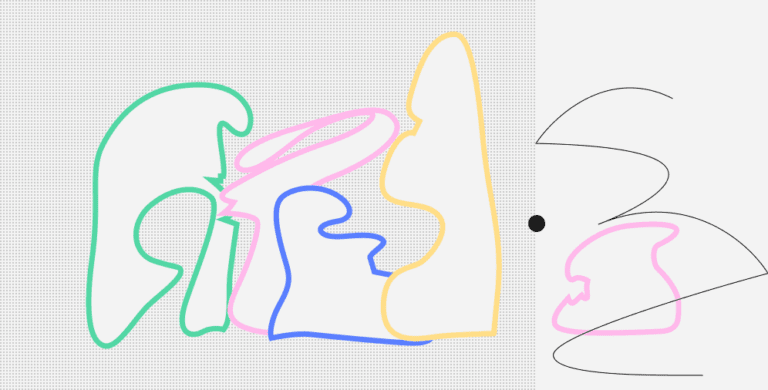 What Brand Colors to Choose: Exploring the Variety

When it comes to choosing colors for their brands, many companies and businesses are mainly guided by their own tastes and preferences. Unfortunately, they do not understand that by doing that, they are making a terrible mistake. Research shows that color in marketing catches most of the attention, therefore the decision on brand colors should... 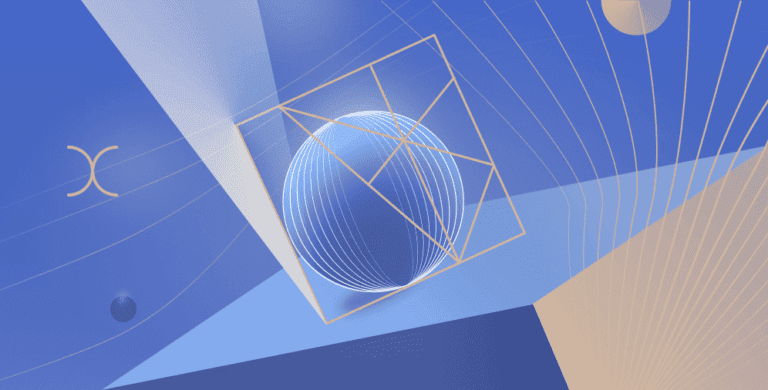 It’s hard to argue that proper website navigation is crucial. One could say it’s similar to a map the purpose of which is to lead a person to their destination. Website navigation leads users too – but to the information they need and actions they want to take. It’s not easy to find the necessary... 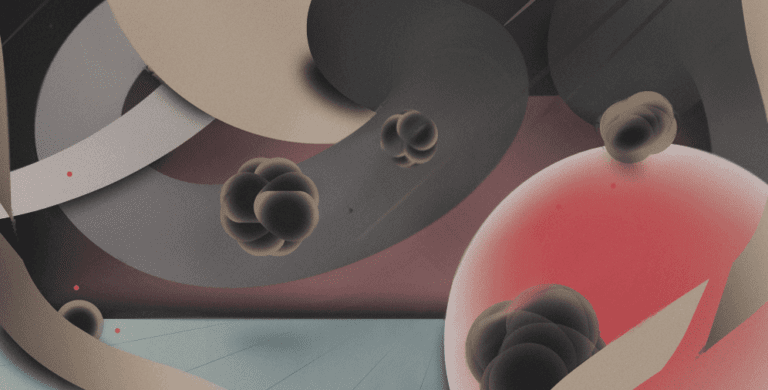 FAQ Page: Top Examples & How to Design Yours

There are very few websites that do not have a FAQ (or Frequently Asked Questions) page, and it’s hardly surprising. Whether your business is about products or services, people always want to know more about it, and the FAQ section can quickly give them much-needed answers. FAQ pages are essential for earning user trust by... 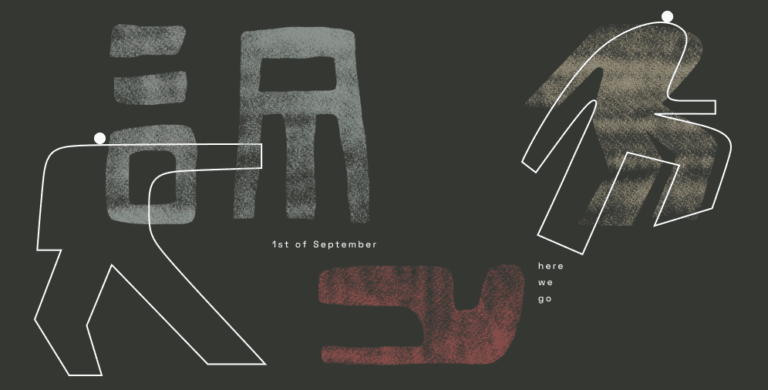 How to build a website? It is definitely not easy: it takes skills, knowledge, and tools to develop an effective web solution with a stunning user interface. Coding languages and libraries are essential to any web developer’s experience. With so many of them around, it’s hard to pick one that can create a high-quality platform...